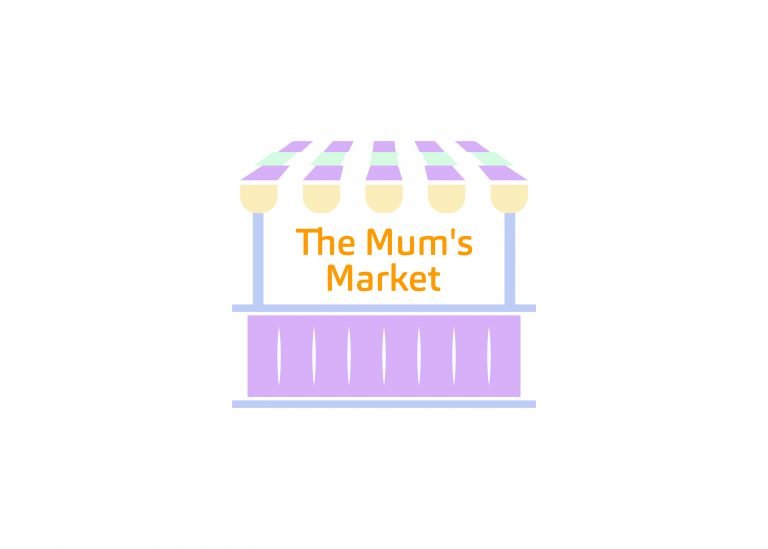 Why I Chose Cloth Nappies Over Disposables 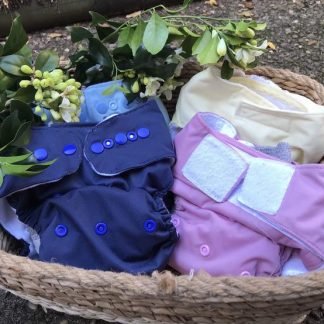 Back before I had my son (a little over 2 years ago now) I did a fair bit of research (because I used to have spare time… haha!) and weighed up the pro’s and con’s of using cloth nappies compared with disposables.

I thought at the time that I would start off using disposable nappies and then move on to cloth once I became more confident with nappy changes (and, lets be honest, adjusted to the major life change that is parent-hood).

I will admit that I did feel a little overwhelmed at the thought of using cloth nappies at first. It seemed like SO. MUCH. WORK.

But I couldn’t get past all the reasons why I had decided I wanted to give it a try in the first place, and so here is a little look back on the research I completed before having my son…

The question I have asked myself over and over again since becoming a parent (on all matters, not just when it comes to nappy selections) is “What is best for my baby?”

There was an interesting study completed in Mauritius that found babies who used disposable nappies were more likely to experience nappy rash.

The study did also mention that the prevalence of nappy rash increased with age, with most babies experiencing nappy rash between 7-12 months old.

It is also important to note though that some studies indicated disposable nappies are a more hygienic option in environments such as day care’s.

Other studies have also found that fecal contamination rates are higher in homes where care givers use cloth nappies.

What have we found?

Our son very rarely experienced nappy rash as an infant. We did use disposables for the first couple of months of his life (we were travelling around Australia at the time so using cloth would have been challenging when our access to washing machines was limited) and we noticed a big difference in the reduction of nappy rash after changing to cloth nappies when we returned home.

As for fecal contamination… I have never encountered this as an issue when using cloth nappies!

Prior to having our son, I started replacing as many things as possible in our house with sustainable and / or natural alternatives in an effort to reduce waste and use less chemicals.

So it was also important to me when I became a parent that I seriously considered the environmental impact our parenting choices would have, particularly when it came to our choice in nappies.

Again, I looked to research for the answers and discovered a Life Cycle Assessment conducted by the University of Queensland which compared the environmental impact of disposable nappies to re-usable commercially laundered (the type of service that picks up your soiled nappies, washes them and returns them) and re-usable home laundered nappies (washing your own nappies at home).

The results of the assessment, which took into account factors such as production, transportation, water usage, landfill / waste disposal and energy consumption, indicated that re-usable, home laundered nappies were the most environmentally friendly option (assuming they are soaked in hot water, washed in a front-loader machine on cold wash and line dried).

This study did show fairly clearly though that cloth nappies were by far the most environmentally friendly option. I should also add as a side note that we chose to rise and dry-pail our nappies (we did not purchase the type that you can soak, as it would ruin the built-in waterproof cover) which was great in reducing the environmental impact even further.

I did a calculation prior to having my son and found that investing in cloth nappies was slightly cheaper overall (that’s assuming, on average, a newborn goes through 10 nappies per day, an infant through 6 and a toddler through 5). This estimate may be slightly higher than average, as it is thought that most infants / toddlers go through approximately at least 3500 nappies prior to being toilet trained, but the estimate I used here worked out to a bit over 4600 nappies / usages.

For the calculation on cloth nappies, I assumed that I would need enough nappies to have 1 whole set clean each day, with one set in the wash (and assuming purchase of 3 different sizes, rather than one-size-fits-all varieties).

Using these numbers (and hunting around for best bulk price discounts on nappies and the average price of cloth varieties that don’t require a water proof cover), I calculated a saving of approximately $600 over 2 years, if cloth nappes are used exclusively.

Even if you choose to use disposables for up to 6 months and then change to cloth, my calculations still resulted in a saving of around $500 overall.

So, from a cloth perspective, there are definitely some savings to be made!

I should also add there that we only used the One-Size-Fits-Most style of nappy up until my son started toilet training, at which point we purchased 4 pull-up style cloth nappies, so the cost saving for us was a lot more than my original $600 estimate.

Some other interesting findings from the research I did, indicated that although disposable nappies are used most commonly throughout the world (with the exception of a few countries), in the countries where cloth nappies are typically used, parents also tend to toilet train from a much younger age (before the baby reaches the age of 1!)

Which is interesting, because if you think about it from a cost perspective, the cost of disposable vs. cloth is much the same in the first 6 months (you might save, maybe $100 by going cloth).

Even so, the environmental and health perspectives by making the choice to go cloth can’t be overlooked and I am so glad that I took the leap to try cloth nappies. It was no where near as daunting as I initially thought (it was seriously as simple as putting a bucket next to my change table, throwing my soiled nappies into it, and doing a load of washing each morning).

Just one final thing I wanted to add as I hadn’t really touched on it here, but after using cloth nappies for a month or so I also converted to using washable baby wipes. I wish it had occured to me at the start as using washable wipes worked out a lot cheaper than constantly buying wet wipes too – plus, it was easy to keep on top of the washing as I just added them to the nappy bucket next to my change table when it came to nappy change time!

Did you do any research when deciding the type of nappies to purchase for you baby? I would love to hear your thoughts and experiences in the comments below!

Below: Pic of my munchkin loving his cloth nappies at about 3 months old. Are you a Mum who would love to spend more time with your kids, work from home on projects you love AND earn an income too?

The Mum’s Market is a place where you can list your creative products for sale without any hassle of having to manage a website, store front, advertising, marketing (or anything else that takes you away from working on the things you love most!)

If you are a Mum that loves sharing beautiful products and discount codes with your audience, The Mum’s Market is the perfect place for you to find opportunities too. Sign up to become a Mum’s Market Ambassador!

If you are someone who loves shopping for unique products created by local Mums, you will love The Mum’s Market.

Activities don’t have to be fancy to be entertaining! I got the inspo for the “Teddy Bear Feeding” activity from @hudsonfarmhouse ...but we didn’t have

Keep in Touch! Pop your details below to stay up to date with The Mum’s Market and get exclusive offers 😉 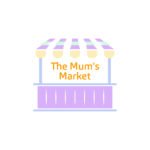